The name “EyasSat” has its roots in falconry. “Eyas” means “baby falcon” or “fledgling bird.” The falcon is the mascot of the U.S. Air Force Academy, where the concept of EyasSat was hatched as a precursor to the Falcon Sat Program. Via a Cooperative Research and Development Agreement, (USAF CRADA NUMBER 04-AFA-239-1, 25 August 2004), the first EyasSat was co-developed between the U.S. Air Force Academy and Colorado Satellite Services. The EyasSat concept is now family owned and operated under the name EyasSat.  As a result EyasSat is continually evolving, improving and providing more and varied products and capability to its users.

Gerry Murphy is the Lead Technology Officer and Chief Engineer for EyasSat and has worked in aerospace for 35 years. He has masters degrees in physics and astronomy. He has been project leader at University of Iowa Van Allen Research Center and Jet Propulsion Lab at Cal Tech. For the past 20 years he has successfully operated his own aerospace engineering firm, DNet, in Golden. He acquired his “side” project, EyasSat LLC, in 2009.

Genah Burditt has been in science education for the past 20 years, including space science program coordinator for Space Odyssey and Liberty Bell 7 Exhibitions at the Denver Museum of Nature & Science. She also brings marketing, media, and small business ownership/management experience to EyasSat. In EyasSat, she coordinates domestic and oversees sales, manages industry and academic partnerships including domestic and oversees internships, and develops all educational and training materials. 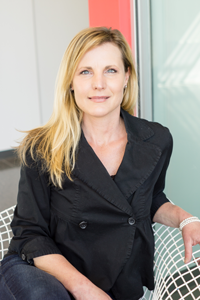